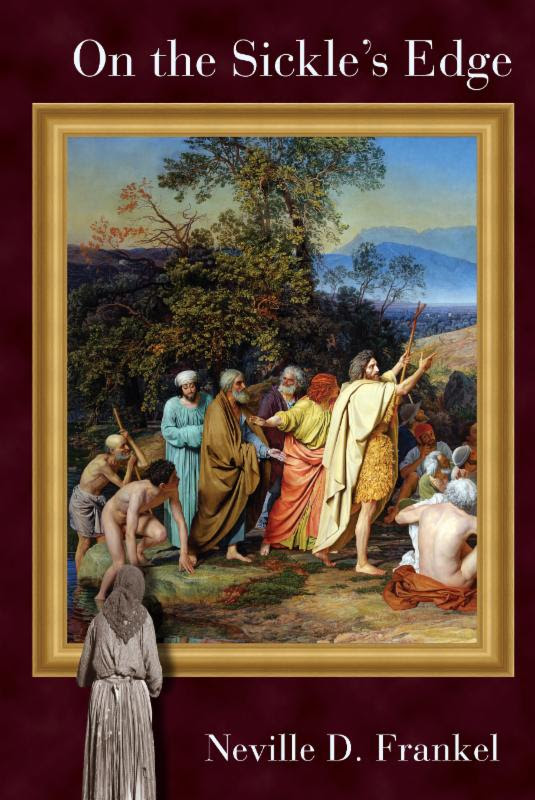 With the current refugee crisis in Europe reaching a scale unknown since World War II, ON THE SICKLE’S EDGE illuminates today’s issues, even as it sheds penetrating insight from the past. Agripping family saga of border crossings and shifting identities amid the chaos of travel and resettlement, this novel has its origins in author Neville Frankel’s personal history. It is a love story, a coming of age novel, and an odyssey of love, loss and resilience.

Told through the voices of three compelling characters: the endearing, scrappy South-African born Lena, transported to Latvia and later trapped in the USSR; her granddaughter Darya, a true Communist believer whose growing disillusionment with Soviet ideology places her family at mortal risk; and Steven, a painter from Boston who inadvertently stumbles into the tangled web of his family’s past.  Against the roiling backdrop of twentieth-century Russia and Eastern Europe, the novel delivers equal parts historical drama, political thriller and poignant love story. This epic tale is a powerful and inspiring testament to the human capacity for love and endurance in the face of exile and trauma.

Steeped in Russian history and Jewish heritage, On the Sickle’s Edge explores the way that culture and identity thread their way through generations. Through the story of one family, the novel represents the experience of many immigrant families and the way in which they have transcended trauma. It attests to the importance of family stories as a key part of one’s heritage and as a primary legacy to generations that follow. 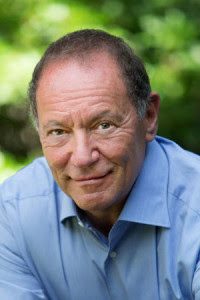 Neville Frankel was born in Johannesburg, South Africa, and immigrated to Boston with his family when he was 14. After graduating from Dartmouth College, he pursued doctoral work in English literature at the University of Toronto. While in Canada, he wrote The Third Power, a well-reviewed political thriller about the transformation of Rhodesia to Zimbabwe. He also received an Emmy for his work on a Frontline/BBC documentary, The Mind of a Murderer: Part 1. In 2005 he returned to South Africa for the first time in 38 years. Over the next decade he went back several more times, researching what would become Bloodlines. On the Sickle’s Edge will be published by Diálogos Books in January 2017. Frankel is a 2013 Jewish Book Council Author and has participated in more than 100 speaking engagements around the country. A highlight of his Bloodlines book tour was addressing the Board of South Africa Partners and the South African Ambassador to the United States. Following a thirty-year career in finance, he is now a full-time author. He also has a keen passion for painting. Frankel has three grown children, and he and his wife divide their time among Boston, Cape Cod and Santa Barbara.

On the Sickle’s Edge will be published by Diálogos Books in January 2017.  Frankel is a 2013 Jewish Book Council Author and has participated in more than 100 speaking engagements around the country. A highlight of his Bloodlines book tour was addressing the Board of South Africa Partners and the South African Ambassador to the United States.  Following a thirty-year career in finance, he is now a full-time author. He also has a keen passion for painting. Frankel has three grown children, and he and his wife divide their time among Boston, Cape Cod and Santa Barbara.

Lena’s story begins in a Latvian village in 1898.  Lena’s father, Isaak, immigrates to South Africa in order to escape conscription into the Tsar’s army.  His wife Rivkah, two sons and young daughter join him, but Rivkah dies in childbirth soon after.  Grieving and incapable of caring for his young children, Isaak returns to Latvia to find a new wife, but is forced to leave his two teenage sons behind.  Back in Latvia, Lena’s father remarries, but his dream of returning to South Africa is shattered.  Caught up in the forced resettlement of Latvian Jews, the family joins thousands of refugees headed for Moscow.  Convinced that their Jewish identity is at the root of the persecution rampant in their lives, Lena’s stepmother, Esther, persuades her husband that the family should assume a false identity. Her husband reluctantly parts with their savings – their final hope of returning to South Africa – in order to purchase forged identification papers. Lena grows into a woman amidst the chaos and violence of Moscow. She leaves school early to work as a railway baggage hauler, and shortly after the Russian Revolution falls in love with Vasily, a painter-turned-Communist organizer, who subsequently vanishes, a victim of Stalin’s Great Purge. Tragedy befalls Lena’s grown daughter as well, and she’s called upon to raise her spirited two-year-old granddaughter, Darya.

Darya’s voice narrates the next thread of the story in the Soviet Union, beginning in the 1960s. Intelligent and outspoken, a true Communist set on making a valuable contribution to the People’s State, her world is upended when Lena reveals their family history. Darya becomes increasingly curious about her Jewish heritage – and increasingly disillusioned with the modern Communist State. Nevertheless, she decides to marry a charismatic, commanding older man, Grigory Yanov, a high-ranking member of the KGB. Darya’s hidden Jewish identity and subversive political ideas become increasingly dangerous.

Steven, a distant cousin, crosses paths with Darya when he visits his Russian relatives in 1990. The cousins fall into an illicit love affair. As the USSR collapses around them, Darya’s husband, desperate to remain relevant in a changing political climate, turns on her and their children. With no other alternative, Darya turns for help to Steven, an unlikely hero.

Pre-Order ON THE SICKLE’S EDGE