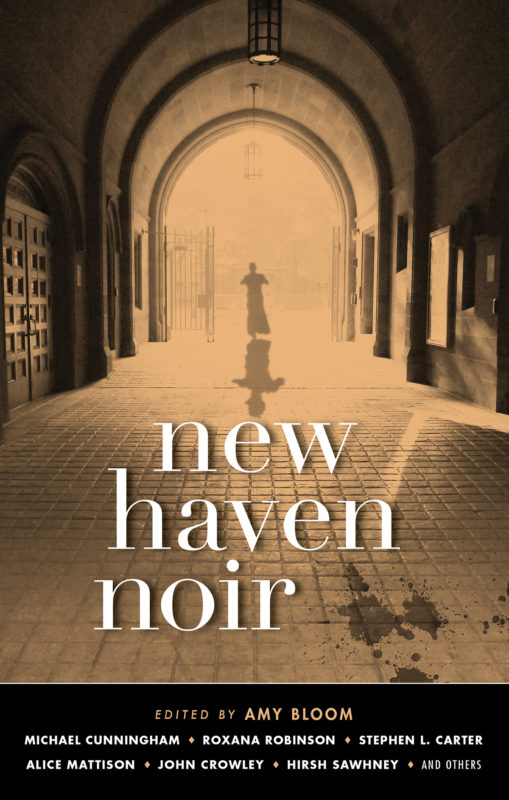 While all the authors from this anthology may not be from New England, the location is of interest. Akashic Books regularly publishes anthologies with a location theme and their recent release has a New England locale in mind. Check out New Haven Noir!

Akashic Books continues its groundbreaking series of original noir anthologies, launched in 2004 with Brooklyn Noir. Each story is set in a distinct neighborhood or location within the city of the book. 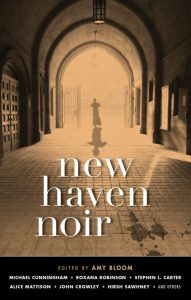 New Haven may be best known for Yale University, but its criminal dimensions run as deep as anywhere else on the Eastern Seaboard. Whether the setting is a college campus, the waterfront, East Rock, The Hill, or Wooster Square, the stories in this volume bring the full city to life—and death.

New Haven in not a tourist kind of town. Yes, if you want to see the Cushing brain collection of 400 brains-in-jars (with another 150 planned for display), including artifacts like the piece of steak signed (if that’s the word)—using an electrosurgical knife—by Ivan Pavlov, and plenty of infant skulls. Also, more transcendently, you can visit beautiful Beinecke Library, a six-story tower of translucent marble, instead of mere glass, protecting the rare books, including my favorite, the Voynich manuscript, written centuries ago in what seems to be a fictional language with drawings of plants that don’t exist. Also, for the picnickers, the tomb of Midnight Mary in the eighty-five-acre Evergreen Cemetery, right off Ella T. Grasso Boulevard. On her gravestone, it reads: The people shall be troubled at midnight and pass away.

It’s a noir kind of town.

I love New Haven. I asked other writers who have the same odd, deep affection for the city that I do to tell me their stories. Michael Cunningham, Roxana Robinson, Stephen L. Carter, Alice Mattison, John Crowley. And more. We’ve got the darkly funny, the darker, the ineffable, and the deeply brooding. What we’ve got for you, right here . . . is New Haven.