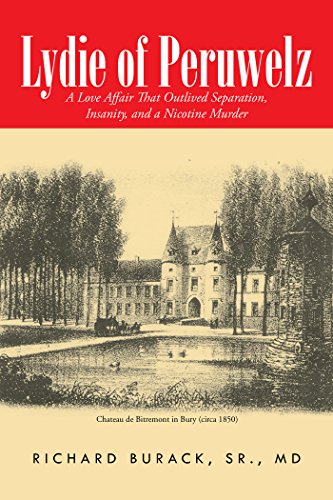 Dr. Richard Burack is a local author and doctor from Jackson, NH. 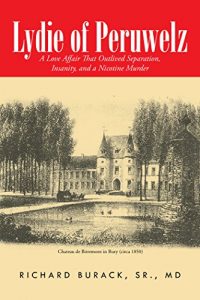 Lydie Fougnies is a young, attractive, and educated woman who falls in love with a man from a family of wealthy aristocrats. After the matriarch rejects her for not being from high society, Lydie suffers a severe mental breakdown and acts irrationally.

She meets a crude count and begins grooming him to become a refined individual. What Lydie does not know is that this man is a psychopathic felon who lusts for her and plans to steal her family’s fortune. Subsequent events lead to a murder and trial.

“The book is based on the murder and famous jury trial that engrossed all of Western Europe in the spring of 1851,” said Dr. Burack. “A Belgian historian from the area arranged for me to have a duplicate copy of a transcript containing every word spoken during the trial.”

“Lydie of Peruwelz” is a fictionalized account of historical events that warns of dangers of class consciousness and psychopathic behavior. It also recognizes the power of love.

In 1839, Lydie Fougnies, 20 years old, is attractive, refined, and educated. Her father is a well-to-do businessman. She meets Felippe Van Hendryk, single child of wealthy aristocrats. They fall in love and a two-year chaste affair leads to talk of marriage. However, his class-conscious, bigoted mother severs their relationship because Lydie is not from high society. Unhappy Felippe is sent to university in Switzerland where he marries, and divorces, the wanton daughter of a wealthy Swiss banker.

Lydie is angry and resentful. She is a victim of emotion and, bent on revenge, she cannot think rationally. Believing she can wreak revenge on Mme Van Hendryk by proving her worth only if she belongs to the aristocracy, she directs her attention to Count Hippolyte de Bocarmé, a farmer who lives in a dreary, desolate 16th century chateau. Unschooled and crude, his size and strength seduce her. Certain that the rustic, prodigal son of a fine family can easily be led to the altar, she mentors him in reading, writing, and manners. Never does she suspect that he’s a conscienceless psychopathic felon. He conceals his craving to know her sexually, and plans to steal her family’s fortune.

Richard Burack earned a BA from the University of Wisconsin and a MD from Wake Forest University School of Medicine. He served as a Medical Officer in the U.S. Coast Guard in the Pacific Theater during the Korean War. Dr. Burack was appointed to the faculty at Harvard Medical School in 1960, and later practiced internal medicine before embarking on a career as a medical director for two U.S. non-pharmaceutical corporations. In 1967, Dr. Burack published “The Handbook of Prescription Drugs,” alerting doctors and the public to the availability of less costly generic medications. He lives in New Hampshire with his wife, Mary. They have five children and ten grandchildren.