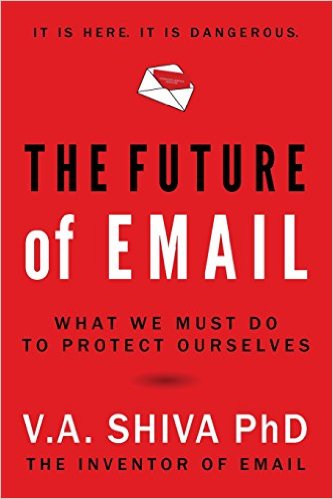 Dr. Shiva is a local Cambridge, MA author and the INVENTOR of email. 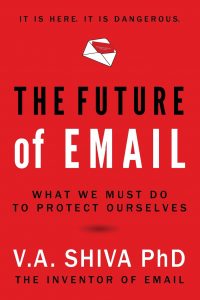 The Future of Email by V.A. Shiva, Ph.D.

Email, the system I invented in 1978, while a 14-year-old boy, to enable collaboration and communication among office workers at a small medical college in Newark, NJ, has now become the center of many controversies. For their 125th Anniversary issue, The Wall Street Journal commissioned me as email’s inventor to write a brief essay entitled The Future of Email. That article shared what email really is and where email is heading. More recently, The New York Times interviewed me to comment on Hillary Clinton’s use of personal email server to manage classified U.S. government communications. In that article, I shared that the use of a personal email server was extraordinary, wrong and clearly a well-planned strategy by Ms. Clinton to deny the American public’s rightful access to communications that were government property. This book is a much-needed expansion of those thoughts and comments to provide you important insights to where email is going and why you as citizens must take action to protect this important medium, which has been subverted by vested interests. I believe with all sincerity and without hyperbole you should listen to what I’m going to share, as I am not only the world’s leading expert on this subject but also have a historical and political perspective that will enable you to realize that if we do not act, our freedom, which has already been compromised, will suffer even more greatly, in a future where Have’s and Have Not’s will be defined by the level of security they have to their email communications. 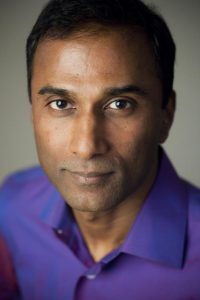 Beyond the invention of email in 1978, Dr. V.A. Shiva Ayyadurai, who holds four degrees from MIT, is a Fullbright Scholar, MIT-Lemelson Awards Finalist and Westinghouse Science Talent Search Honors Award recipient, has continued his work as both an inventor and systems scientist across a broad range of fields from media to medicine, art and technology. After inventing email, he went on to create Arts Online – the first internet portal for artists, in 1993. After winning a competition categorizing email for the White House, he started EchoMail, a company that provided Global 2000 companies an enterprise platform for email and social media management. His deep interest in medicine and biology led him to create CytoSolve in 2007, a company dedicated to revolutionizing drug development through in-silico modelling.

His dedication as an educator at MIT and to the general public led him to create Systems Visualization, a new course he pioneered at MIT, which has now become one of the most popular institute-wide interdisciplinary courses. To educate medical doctors, healthcare and holistic practitioners on the bridge between eastern and western medicine, he created Systems Health™, a revolutionary education program that serves as a gateway for integrative medicine. Dr. VA Shiva, to share his love of systems, developed vashiva.com to serve as an educational source for the general public to learn how systems are the basis of understanding their bodies, their business, and the world around them.

To support innovation among youth, he started Innovation Corps, a project of his center – International Center for Integrative Systems. In his birthplace in India, he deployed Tamilnadu.com, a portal dedicated to organizing content featuring the arts and culture of the state of Tamil Nadu. More than anything else, as the Inventor of Email, his achievements provide an inspiring message to youth across the world – be it in inner cities or villages.

Find out about his invention of email at http://inventorofemail.com/