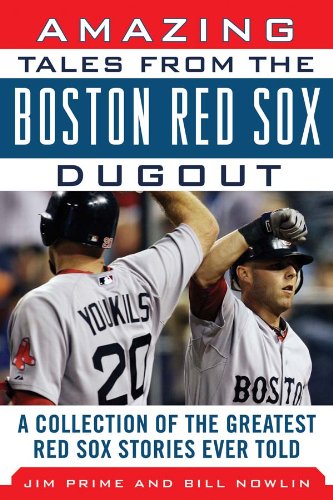 Recapture all the thrills of Red Sox baseball!

A Collection of the Greatest Red Sox Stories Ever Told!
By Jim Prime and Bill Nowlin 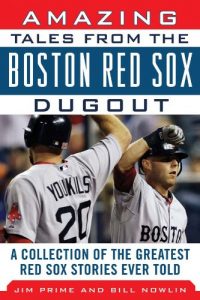 Within these pages, fans will chafe at the rivalries, cheer the wins, and challenge the losses both on the road and at home. From the earliest days of a promising young pitcher named Babe Ruth, through the glory years of Foxx, Williams, and Yastrzemiski, to the championship era of superstars such as Martinez and Ortiz, the Red Sox epitomize all that is grand about the grand old game. Featured players and managers include Wade Boggs, Joe Cronin, Bobby Doerr, Carlton Fisk, Dustin Pedroia, Jim Rice, Jason Varitek, and many other Red Sox legends. This massive collection captures the story and glory of Red Sox baseball both on the field and off. Without a doubt, this tantalizing offering from Prime and Nowlin will provide hours of entertainment for Red Sox and baseball fans alike.

Jim Prime has authored or coauthored more than a dozen books on baseball, including Ted Williams’ Hit List (with Ted Williams), The Little Red (Sox) Book with Bill “Spaceman” Lee, and Fenway Park at 100: Baseball’s Hometown with Bill Nowlin. He lives in New Minas, Nova Scotia.

Bill Nowlin was born and raised in Boston. He is the author of twenty-five Red Sox–related books, including Red Sox by the Numbers and Fenway Park at 100. In 2004, Nowlin was elected vice president of the Society for American Baseball Research (SABR). He lives in Burlington, Massachusetts.