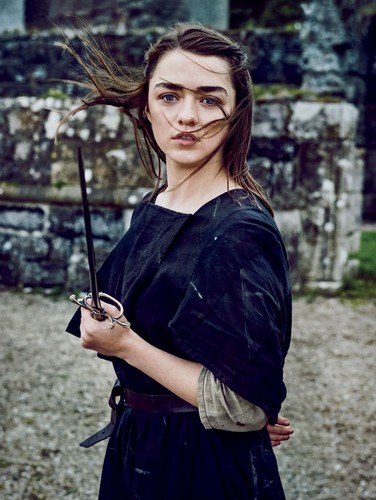 The blogosphere and social media scene are abuzz with the lyrics to Swift’s new single, and the uncanny resemblance to the life of Arya Stark. Love her or hate her (personally, I’m a Swift fan), you can’t deny that this is a perfect theme song for our beloved Arya from the Game of Thrones TV show and George RR Martin’s books.

Have you seen the video? There’s not much to connect the dots here visually, but Swift is wearing a mask at one point which is Arya’s trademark.

Let’s have a look at the lyrics:

Look What You Made Me Do Lyrics

So far, this works for Arya Stark. Aside from the mention of a gun. It’s all a “game” to Cersei, and Arya wants her dead most of all.

But I got smarter, I got harder in the nick of time
Honey, I rose up from the dead, I do it all the time
I’ve got a list of names and yours is in red, underlined
I check it once, then I check it twice, oh!

Arya certainly rose from the dead after being stabbed by the Waif, and did get smarter (or better) in the nick of time for their final battle. And there’s Arya’s famous list of names!

The repeated chorus works for Arya and her many kills. Who would expect someone so young to do murder so ruthlessly. Look what they made her do!

I don’t like your kingdom keys
They once belonged to me
You ask me for a place to sleep
Locked me out and threw a feast (what?)

Perfect for Arya as her kingdom was taken from her by the people her family once took in as guests. The “feast” could refer to the Red Wedding when her family was slaughtered while Arya was just outside, unable to make it in time.

And that’s all Arya thinks about – karma by her own hand.

And then the world moves on, but one thing’s for sure
Maybe I got mine, but you’ll all get yours
But I got smarter, I got harder in the nick of time
Honey, I rose up from the dead, I do it all the time
I’ve got a list of names and yours is in red, underlined
I check it once, then I check it twice, oh!

Arya has her list of those she means to kill which she repeats over and over. We love her for that.

Arya is an actress, so to speak. She plays a part as one of the many faces for the Many-Faced God. But she is nameless no more. The girl has a name, and it’s Arya Stark.

The theory of the Arya Stark tribute is so prevalent and widespread, fans have begun to make their own videos. And they are absolutely fantastic. Have a look:

While a tribute to Arya Stark is likely not the case, I think it’s best to pretend that it is. The alternative Hollywood gossip and artistic revenge is far too boring. What do you think?

Tagged: Arya Stark, Game of Thrones, Look What You Made Me Do, Taylor Swift