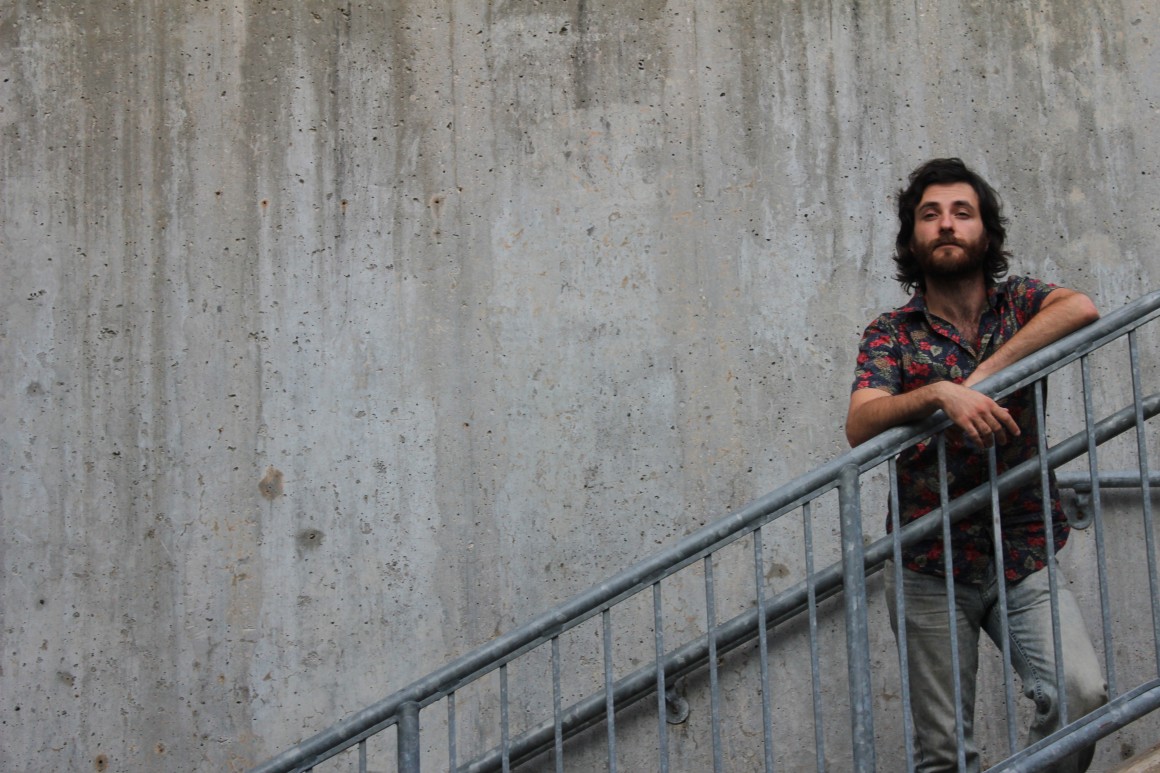 Nicholas Conley is a seacoast NH author. His latest novel Pale Highway is set to be published on October 20th of this year.

I’m a writer on the NH seacoast, with a love for travel, literature, and good coffee. My upcoming novel Pale Highway, though a work of fiction, is inspired by my years of working with Alzheimer’s patients in a nursing home setting. Though the traditional nursing home structure is deeply flawed, the patients that I worked with were some of the best people I’ve ever met, and the time I shared with them really turned me into the person I am today. These experiences were also what inspired me to write my recent feature on Vox.

Pale Highway, which comes out this fall, tells the story of Gabriel Schist, a Nobel Prize-winning immunologist plagued by Alzheimer’s, who tries to find a cure for a devastating new superbug while racing the clock against his declining mind. 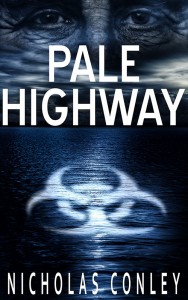 Anywhere in Portsmouth, Dover, Newmarket, Exeter, I could go on. The architecture alone always inspires me. The New Hampshire seacoast is a fascinating area with a real sense of history. The old mills, the downtown stretches that look the same as they did centuries ago… as a kid who spent most of his childhood in Arizona, New Hampshire still always seems like an entirely new world to me.

As far as favorite local spots, I’m a coffee guy. So I like coffee shops, and coffee shops definitely do tend to inspire creativity. Crackskulls, a small local joint in Newmarket, is a particular favorite.

Well, though I’m an introvert, I come from a big family, so I’ve always enjoyed big groups and events. I’m the oldest of five kids, which by the time you all get older just means that you’re lucky enough to have four close friends who happen to have shared many of the same life experiences. Growing up in a big family is honestly a beautiful thing, and I wouldn’t trade it for the world.

My father, before he died, was a well-renowned satellite engineer from Boston, while my mother, who is a poet, comes from a New York Jewish background. I wasn’t raised Jewish, but certain cultural influences were definitely present, and occasional Yiddish phrases weren’t unusual to hear in the midst of our long discussions about life, literature and the meaning of truth. My stepfather is from England. Combine all of these different influences with the classic dynamic of most large families— at the dinner table, everyone’s talking over each other at once, all the time, always laughing, shouting, and playing games—and you start to get a picture of my rather unique childhood.

What interested you to become a writer rather than something else such as a neurosurgeon?

The decision to become a writer was one I made at an early age, and never backed down from. It’s a story I’ve told a million times by now, but it all started with creative writing assignments back in elementary school, where the idea was that all of us would write two or three page stories. At the time, I didn’t know I was a writer – not until I suddenly got the urge to create and turn in this 50 page fantasy epic. From that point onward, I knew that writing was always going to be what I wanted to do.

Stephen King has always been a huge inspiration. Aleksandr Solzhenitsyn would definitely be up there, as my first reading of Cancer Ward really impacted me in such a major way. David Foster Wallace, as well.

Oh yeah, definitely. As I said, New Hampshire always strikes me as being so different from where I originally came from, and that’s always fascinating. There’s this quote in Neil Gaiman’s American Gods about that, where a character says how the only things that give the United States the illusion of being a single country are the dollar bill, the Tonight Show, and McDonald’s. That in itself is inspiring to me — just how certain key signifiers here are the same, but the tone within various parts of the country is so different, the food, the scenery, so much else.

I love New Hampshire, and so far the majority of my fiction has been set in this state. There’s just something about this place that creates a great backdrop.

Honestly, the one thing that really matters is perseverance. Everything else is secondary to that, because putting your writing out there is going to be the most painful thing imaginable, and it takes a strong drive to keep going. Persevere against the odds, don’t give up.

I take titles about as seriously as a person can. As I brainstorm ideas for a story, I won’t even start outlining it until I know what the title is. For me, the title is so instrumental to shaping what the story becomes, what it’s really about. When I was first forming the skeleton of what would eventually become Pale Highway, I batted around a lot of different title ideas, most of which related to Gabriel’s dementia, none of which stuck. Then, there was this one night where inspiration just struck me. As soon as the words “Pale Highway” entered my brain, I knew for the first time what my novel was going to be about, really about, and I was ready to write the first draft within a few months. I can’t go too much into detail, as that would spoil some pretty major points, but trust me – that title is important.

I could never stop writing if I tried. Hell, I can’t even go to bed at night without coming up with new story ideas. But to be more specific, I always have multiple works-in-progress, each at various stages of development, some closer to completion than others. Right now, with Pale Highway coming out so soon, I’ve been focusing most of my energy on the upcoming release.

My home on the internet is the aptly-titled www.NicholasConley.com, and I can also be found on Twitter at @NicholasConley1. My weekly musings can be found on my WordPress blog, linked to from my site, where I have a whole legion of followers—amazing people, truly wonderful folks, who I have the true joy of interacting with regularly. In addition, more information about Pale Highway can be found by looking up my publisher, Red Adept Publishing.