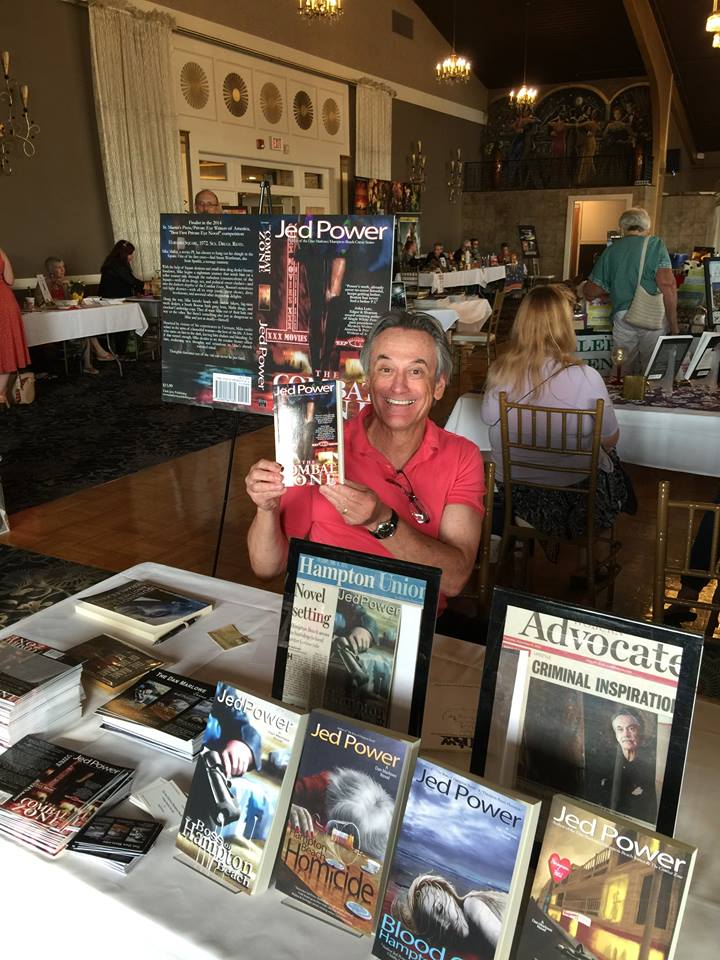 Jed Power is a local author who has put forth two series in the crime thriller genre, each taking place in the Hampton Beach and Boston/Cambridge locales.

I have a family with adult children.  We spend the summers at Hampton Beach at a small cottage we own.  I’ve been coming to the beach since I was a kid and love it.  I’m an ex-bartender/bar manager and now a full-time crime fiction writer.

Any place in Hampton Beach and along the seacoast. My first four novels are all in the Dan Marlowe/Hampton Beach mystery series, so I naturally get a lot of inspiration and ideas during my daily walks along the beach.  And because of spending so much time there, it makes location research easy.  Just walk up town and check out what ever I need to know for the books.  What with my protagonist being a bartender, like I was, I guess you can tell I’m lazy, as far as research goes. 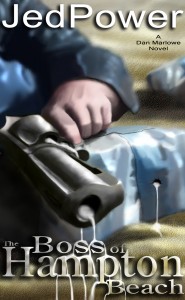 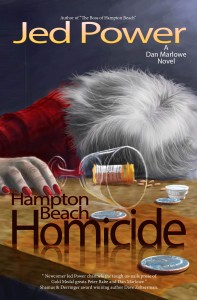 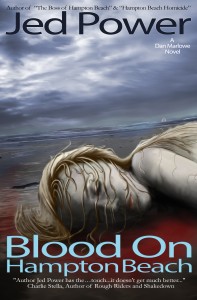 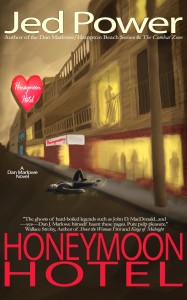 A character in the crime classic, “The Name of the Game is Death,” is named after me.

Again, “The Name of the Game is Death,” had a lot to do with it. Well, at least the author, Dan Marlowe, did.  He was my father’s best friend.  He didn’t have any kids.  When his wife died suddenly in his forties, he stated drinking heavily.  I guess to save himself he fled to New York City, moved into the Y.M.C.A. and reinvented himself as a crime fiction novelist.  His books began selling immediately, mostly to Avon.  But not making much money, he began a novel that he hoped would be his breakout book.  To escape the temptations of the city he came to Woburn, MA where he moved in with my family to complete what became a recognized crime classic, “The Name of the Game is Death.”  I still remember him typing away and being fascinated that this was what he did for a living.  He helped me with the first piece I ever wrote, a baseball poem for elementary school.  I’m sure he did all the work though.  That’s what got my interest in writing started.

I could say Dan Marlowe but instead I’ll say Gil Brewer.  Brewer was a crime novelist who started his career with Gold Medal books in the 1950s.  He wrote over fifty crime novels and when Brewer was good, he was great. I love his books and identify with his work because his style was similar to mine.  At least that’s what I like to think.  I do know that if I could be half as good as he was I’d be happy.  Unfortunately, he had his demons and alcohol ended his career and life early.  I identify with all of that, too.  Maybe talking to him, I’d learn how to avoid those pitfalls, which to many writers are occupational hazards.

Of course.  Hampton Beach is where the Dan Marlowe series takes place and I’d have to say it’s almost a separate character in the books.  So, it may be the biggest influence on my writing, at least in that series. I also have out now the first novel in a new PI series, “The Combat Zone.”  It’s about a P.I. who hangs his hat in early 1970’s Harvard Square and spends lots of time in the Combat Zone, Boston’s red-light district.  I was familiar with Harvard Square back in that era, so that influenced my writing in this series.  As far as the Combat Zone goes, I had to do lots of online research on that.  Wink-wink. 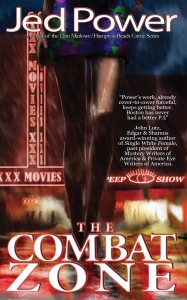 I guess the old cliche about not giving up.  It does take time and you can have success.  On the other hand, I agree with W. C. Fields, too, when he said, “Try, try again, but don’t be a damn fool about it.”

The first three were easy.  Because it was a mystery based in Hampton Beach, “The Boss of Hampton Beach,” “Hampton Beach Homicide,” and “Blood On Hampton Beach,” all seemed appropriate.  By the fourth book, I felt I was bleeding the concept and straining to fit Hampton Beach into a new title.  So I went with “Honeymoon Hotel,” which considering that a lot of the action in this book takes place in a rundown Hampton hotel with this name, seemed to work.  Same with “The Combat Zone.”  Much of the novels action takes place in this red-light district.

Yes.  I’m working now on #5 in the Dan Marlowe/Hampton Beach series and the follow up to “The Combat Zone,” in that Boston/Cambridge P. I. series.  They both should be out during the Spring of 2016 and will be available everywhere in Trade Paper and ebook, as the first four novels are.

The best place would be with my publisher, Dark Jetty Publishing.