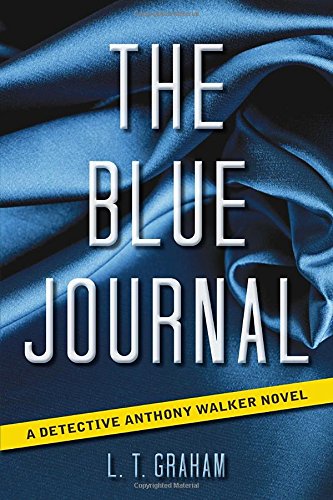 The Blue Journal starts off with the investigation of a young woman’s murder.  By the end of the book, you get a lot more than just a murder investigation.  The young woman murdered was Elizabeth Knoebel, wife of a prestigious local surgeon.  Anthony Walker is a detective on this murder case who gets a bit more than he bargained for.

Randi Conway, a psychotherapist whom both Elizabeth  and her husband were seeing in separate group sessions, becomes involved with the investigation.  Conway and Walker have a  romantic connection as the story progresses which makes things a bit complicated.  By law, Conway cannot disclose any of her clients’ information.  However, Walker needs this information to help find out who killed Elizabeth.  As time goes on, Randi comes to realize that someone in one of her group sessions may have had the motive to murder Elizabeth.  From a journal on Elizabeth’s computer, it’s apparent that the victim was sneaky and promiscuous.  While alive, Elizabeth spent her time seducing the husbands of women in her therapy group and cheating on her own.  There was no disagreement on the fact that Elizabeth was not very well liked.  Many of the women did not really care that she was gone and were actually relieved. Because the goal of these group therapy sessions were to help solve marital problems, many couples were very susceptible to Elizabeth’s  games.

Randi needs to stay within her professional boundaries of keeping her clients’ information private, whereas Walker needs to maintain an investigation and get as much information out of the suspects as possible. Their career obligations make for a very interesting story.

As the story unfolds, scintillating connections between characters are revealed.  Randi seems to make connections between some of her clients while Walker’s investigation displays the constant struggle between the respect for a romantic interest and doing the right thing for his own career – making sure the murderer does not get away.  The relationships that have evolved between the characters are fascinating and the reader isn’t ready for what they come to find out.

This is a perfect mix of love gone wrong and suspenseful mystery.