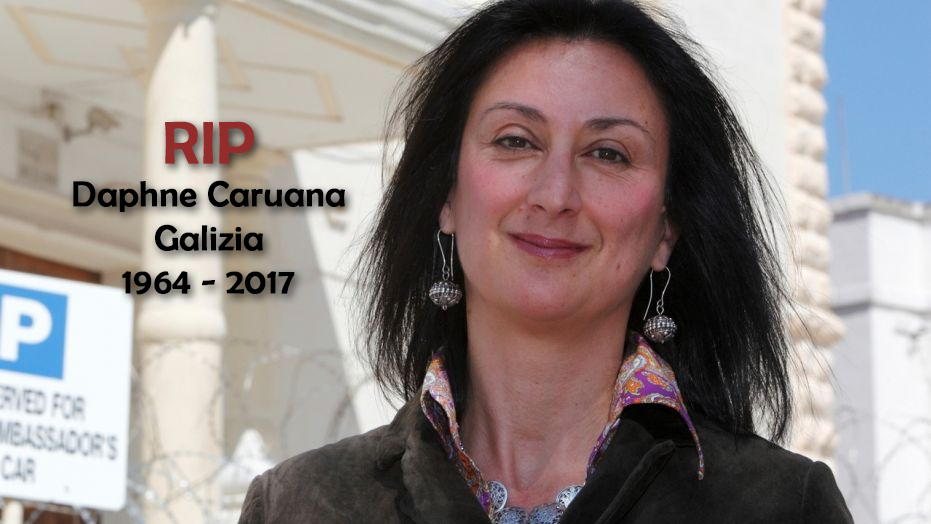 Her name was Daphne Caruana Galizia.

Her very last words in her last blog posted yesterday were:

“There are crooks everywhere you look now. The situation is desperate.”

A half-hour later, she was killed by a car bomb.

Daphne Caruana Galizia was a high-profile journalist in Malta where she was the only voice in the battle against massive political corruption. She was responsible for the Panama Papers leak in which many Maltese officials were found to be involved in shell companies in Panama used for money laundering and tax evasion. It was a massive scandal revealed in part by Ms. Galizia which then led to international investigations worldwide.

Politico EU deemed her a “one-woman WikiLeaks, crusading against untransparency and corruption in Malta.”

“This is what happens when the institutions of the state are incapacitated: the last person left standing is often a journalist. Which makes her the first person left dead.”

Daphne Caruana Galizia was a journalist and avid blogger whose blog was read more often than local newspapers in Malta. She answered to no one. She wrote the truth free from the persuasion of business relations, advertisers, and owning editors with company ties or agendas.

I write book reviews. My importance is nowhere near the level of Ms. Galizia and I’ll likely never be targeting in such a manner. But her murder strikes a nerve. It sends a message to anyone who dares to have their own voice, their own blog.

I take this time to ask all bloggers to give a voice back to Daphne Caruana Galizia and post a tribute. This is mine.

Ten Tips for Indie Authors from a Book Reviewer