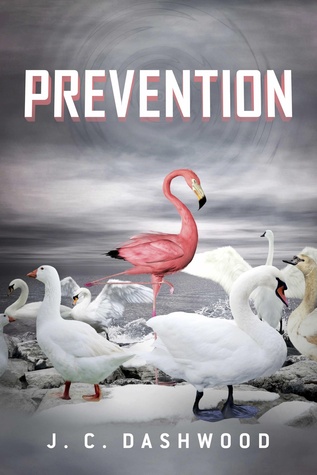 Prevention is a European techno-thriller that pits an unsuspecting family against a secret medical group with eugenics on the table. Although highly detailed with medical-speak and a heavy tome at that, Prevention is a definite page turner.

Oliver and his wife Elizabeth are upstanding citizens in their unnamed northern European country. He works for the University and his wife is a counselor. Their three children are entering adulthood and while two have veered toward the arts (Annie and Michael), one has forged on through the sciences to enter the world of physics (Jonathan). When Oliver and Elizabeth travel to Munich to visit Annie, a secret group launches a campaign to seek out and destroy a certain group of people.

Using the theory of eugenics and presided over by a figurehead known as the Treasurer, the group of scientists and collaborators work on a top secret project to identify a certain group of people through DNA markers. Unlike Hitler’s version of Eugenics, their target isn’t race – and their goal is not to kill. Instead, they’ve devised a more humane way of elimination. Their targets are the unproductive members of society, those who have a low affinity for math and science. Their method is population control with a vaccination of sorts that identifies the DNA markers on an individual with an affinity for the arts, and renders them infertile. By doing this, the group feels their country will be elevated to new heights with a collective group of science and math thinkers. They will be more competitive with other countries.

Oliver, unbeknownst to him, had been working on the project under the guise of a requested study from the University. When his daughter and his son’s girlfriend are targeted by the group in different waves of experimentation, and when Oliver’s colleague becomes suspicious and simultaneously fearful, he begins to dig for information. It isn’t until Annie is abducted, the government becomes involved, and Annie’s medical results are unveiled when connections are made and Oliver is determined to uncover the truth.

But so are his sons. While they go rogue and try to get the information they need on the suspect in charge, they might just get tangled up even further in between the government surveillance and the secret group’s agenda. It all might be in vain if the group is able to unleash their third “needle” – their version of a”final solution”.

This is a highly interesting plot when the possibilities of some nefarious group attempting something like this could become real. In fact, it has happened in the past with white doctors trying to prevent the breeding of immigrants and dark skinned people in northern countries. It’s happened in the U.S. as well. While Hitler took a completely different approach, others have tried to stop the breeding of ‘undesirables’. But in this case, the target are those who have a genetic predisposition for the arts instead of the sciences. When genetic markers for intelligence, sexual orientation, personality traits, and other interesting characteristics have already been found, why couldn’t a marker for the various types of creative be found? And if a marker was identified, could a group use it to disable fertility, thereby manipulating the genetics of future generations?

Oliver is a highly flawed individual. He drinks, is having an affair, and the thought that he had somehow helped this group in their quest for population control is driving him down into the depths of hell. I love a main character who doesn’t always win, one who is normal and scarred with mistakes and regret. It makes him all the more relatable from the reader’s vantage point.

The dialogue is a little clunky with a lot of back-and-forths that don’t come across as normal speech. I suspect that this novel may have been translated, especially given the setting. But that’s easy to gloss over when the plot has you fully vested  – hook, line, and sinker.

Clear your schedule for the next week if you pick up Prevention. It’s really hard to put this one down.