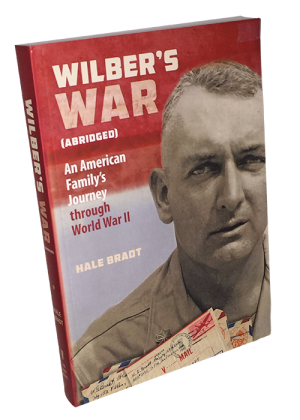 December 7, 2016 marks the 75th anniversary of a “date which will live in infamy”—the attack on Pearl Harbor. Thrusting America into World War II, the events on that date changed our nation forever, and for Hale Bradt, they marked the beginning of his family’s demise.

Now, Bradt is revealing the long-forgotten love letters written by his father while he served in the Pacific Theater in his new book, Wilber’s War. Providing fresh insight into the War of our “Greatest Generation,” Bradt’s discovery also exposes the truth behind his father’s tragic suicide.

In his epic tale of duty, heroism, and human frailty, you’ll discover:

Wilber’s War (abridged) chronicles the story of two ordinary Americans, Wilber and Norma Bradt, during an extraordinary time, World War II. It offers fresh insight–deeply personal –into the historic conflict as it was fought by the U.S. Army in the Pacific Theater and by a family on the home front. It is an epic tale of duty, heroism, love, and human frailty.

Based on a rich trove of wartime letters, Wilber’s War is thoughtfully condensed by the author from his trilogy of the same name, which has received the following accolades: 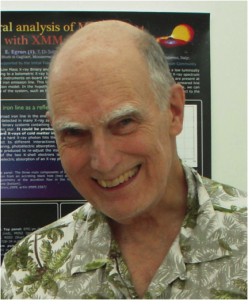 Hale Bradt was born in 1930 and is now a retired Professor of Physics at MIT, specifically of astrophysics with a specialty in x-ray astronomy. He has published two textbooks in astrophysics. He served two years in the U.S. Navy in the Pacific during the Korean War and later became an avid small boat sailor. He plays the violin and relishes classical music. He lives in Salem, Massachusetts, with Dorothy, his wife of 57 years. They have two grown daughters and two young-adult grandchildren.