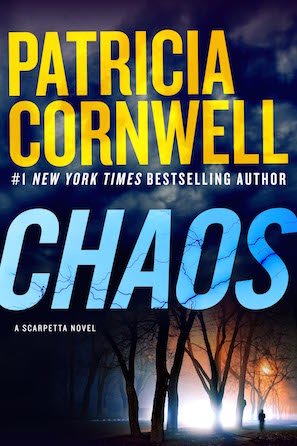 Patricia Cornwell is a New York Times bestselling author and currently resides in Boston. CHAOS is book number 24 in her Kay Scarpetta series.

About CHAOS:  During the twilight hours on an unusually hot autumn evening in Cambridge, Massachusetts, Dr. Kay Scarpetta and her investigative partner Pete Marino respond to a call about a dead bicyclist. It appears that twenty-six-year-old Elisa Vandersteel has been killed while riding her bicycle along the Charles River, seemingly attacked with almost super human force.  As the investigation unfolds, Scarpetta will quickly learn that seemingly random events leading up to the girl’s mysterious death are connected and her world as she knows it, will be plunged into CHAOS.

Even before Scarpetta’s headquarters, the Cambridge Forensic Center, has been officially notified about the case, Marino and Scarpetta’s FBI agent husband Benton Wesley receive suspicious calls, allegedly from someone at Interpol. But it makes no sense. Why would the elite international police agency know about the case or be interested? With breathtaking speed it becomes apparently that an onslaught of interference and harassment might be the work of an anonymous cyberbully named Tailend Charlie, who has been sending cryptic communications to Scarpetta for over a week.

Stunningly, even her brilliant techy niece Lucy can’t trace whoever it is or how this person could have access to intimate information few outside the family would have.

When a second death hundreds of miles south, shocking Scarpetta to her core, it becomes apparent she and those close her are confronted with something far bigger and more dangerous than they’d ever imagined. Then analysis of a mysterious residue recovered from a wound is identified as a material that doesn’t exist on earth.

CHAOS will once again prove why Cornwell has stayed at the top of the bestseller list for more than 25 years and continues to earn fans with her complex plots and stunning and realistic scientific details.  With a unique cause of death and cunning suspect, CHAOS will keep readers guessing until the end.  And when readers think it’s over, Cornwell delivers the sharpest blow of all. 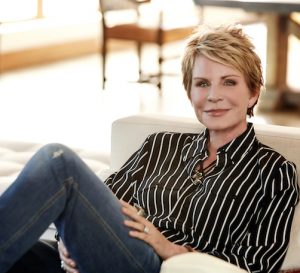 In 1990, Patricia Cornwell sold her first novel, Postmortem, while working at the Office of the Chief Medical Examiner in Richmond, Virginia. An auspicious debut, it went on to win the Edgar, Creasey, Anthony, and Macavity awards as well as the French Prix du Roman d’Aventure prize – the first book ever to claim all these distinctions in a single year.

Today, Cornwell’s novels and now iconic characters, medical examiner Kay Scarpetta, her niece Lucy and fellow investigator Pete Marino, are known all over the world. Fox 2000 is actively developing a feature film about Kay Scarpetta. Beyond the Scarpetta series, Patricia has written a definitive account of Jack the Ripper’s identity, cookbooks, a children’s book, a biography of Ruth Graham, and two other fiction series based on the characters Win Garano and Andy Brazil.

Cornwell was born in Miami, grew up in Montreat, North Carolina, and now lives and works in Boston.