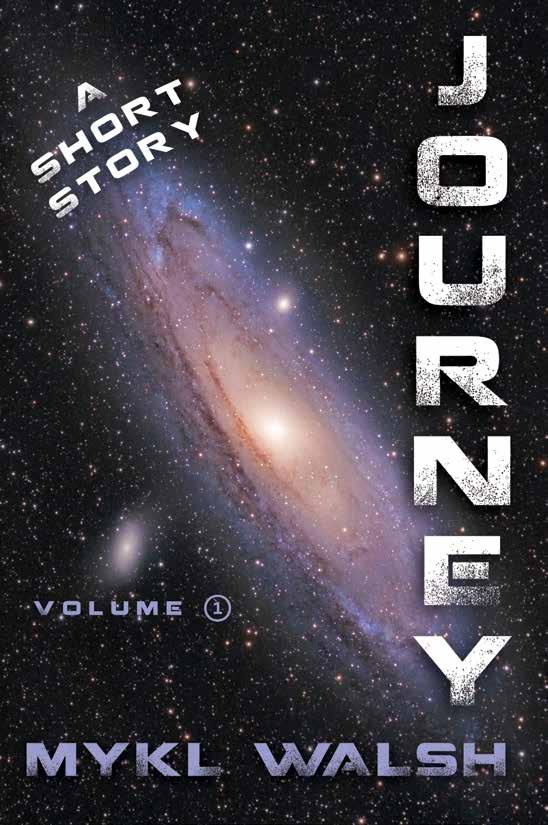 For local residents who are fond of both books and geocaching, you might be interested to know that there is a secret code to a New Hampshire geocache hidden within the pages of Journey by Mykl Walsh, a wildly strange and deceptive short story. Inkshares | Paperback | December, 2015 | 145 pp

“In what I believe to be a brilliant stroke of promotional genius, Saunders has sealed his “evidence” in three carefully prepared plastic containers, each the size of a footlocker. A few weeks ago we began burying these twentieth-century time capsules deep into the New Hampshire soil. The GPS location of this treasure will be hidden in code within the text of the first volume of SecretAgentMan.”

So, the story begins with a science-fiction start. Travelers from another humanoid world have landed on Earth long after our civilization had vanished. Taking some time to bring back samples of our culture, they come across some buried tubs – the ones mentioned above? Curiosity winning over, one of the travelers takes a peek inside and among many things finds a copy of SecretAgentMan.

And then begins the first parts of SecretAgentMan, to be continued in future volumes. According to the book, the author is Richard Saunders who created the protagonist L. Ron Howard, a man who had lived many important lives, becoming master of science, math, and other sets of genius and skill, to eventually become the one greatest warrior to combat Satan’s arrival on earth.

So – we’ve gone from science fiction to supernatural, from one book to a book within a book, from one author to another. It’s mega-meta.

The book I received had a number of added inserts to serve as faux proof of the importance of this particular protagonist. Whether or not they hold part of the clues for the geochache, I know not. However, it did say that the clues would be found “within the text”. 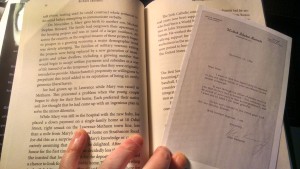 The story of SecretAgentMan doesn’t exactly have a plot line to follow. Each chapter exhibits a different year in his life, and important pieces of history from that year in question – and not every year is present. In each year, historical events are mentioned and slightly altered, but with a little Googling – you can figure them out. And certain meetings with the protagonist and historical figures are given the same treatment – such as L. Ron Howard’s meeting with Don Breen (Dan Brown) and how that meeting became the prompt for Breen/Brown’s phenomenal success as an international bestselling author. The main character seems to be the catalyst for great change.

As far as his date with the devil goes, this appears to be in a coming in another book.

If you’re game for a real-world mystery, pick up Journey by Mykl Walsh. Whoever finds the geocache – you must let us know!