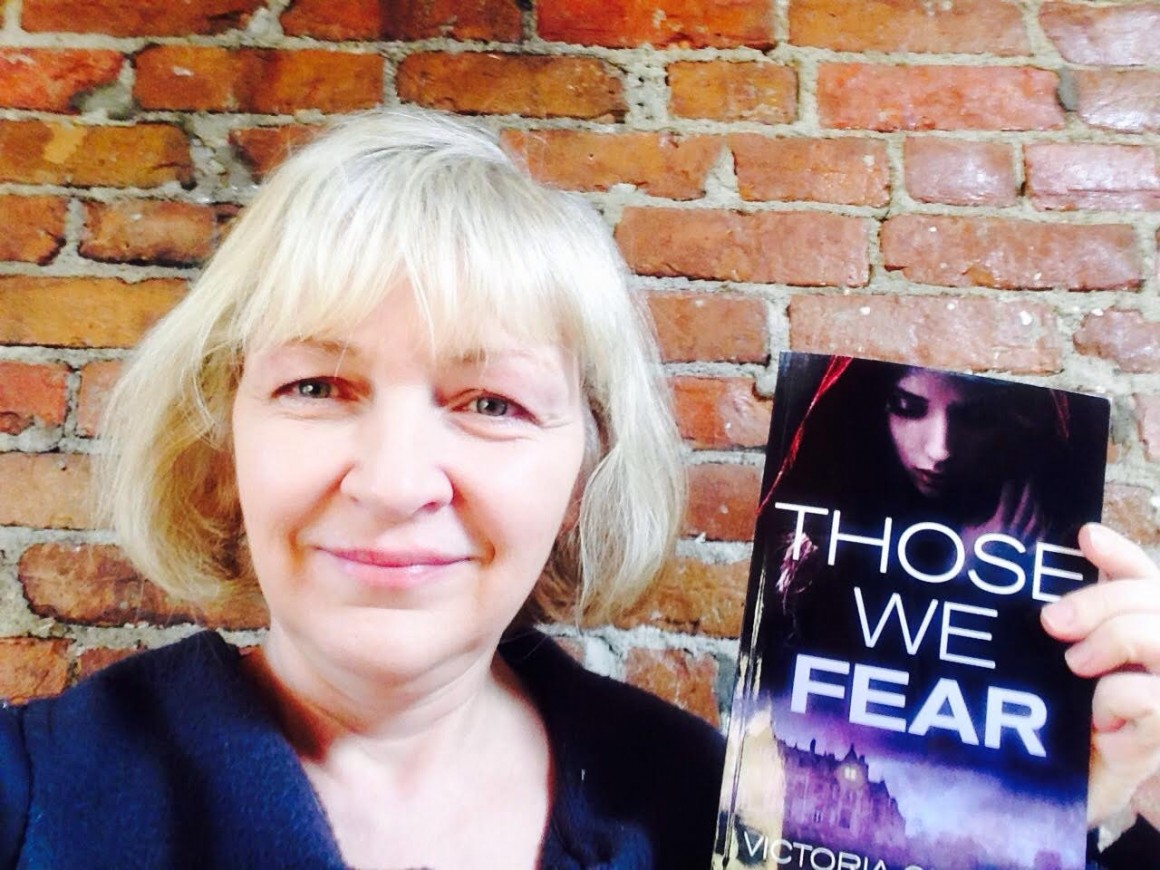 Victoria Griffith is the author of the exciting new and upcoming young adult novel Those We Fear published by HighLine Editions.

I spent most of my professional career as a journalist, and those experiences figured prominently in my last thriller, AMAZON BURNING. It was definitely exciting; I hung out with the Yanomami tribe in Brazil, nearly crashed over the jungle in a plane piloted by a shifty guy called Amoeba, and was threatened by a gun-toting Amazonian politician. Later, as Boston correspondent for a UK newspaper, I made lunch for cooking diva Julia Child, who didn’t like my blackberry dessert, and interviewed the architect Frank Gehry, who said the shopping mall across the road from his office made him puke. Now I get to write full time. (Yippee!) My two teen daughters are great beta readers, unstinting with criticism and pointers! I live in Boston’s South End, where I take advantage of cafes to write in, the public library to check out books from, and book groups to network with. Most weekends I decamp with my husband and daughters to our house in Sutton, NH, where I get inspiration for books like THOSE WE FEAR. (Our house is on a misty lake and although THOSE WE FEAR takes place in Scotland, a lake plays role in the story.) 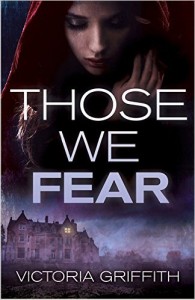 The courtyard in the Boston Public Library is an amazing place, an oasis. When I’m in the city, I love to listen to conversations people are having around me on the T and in cafes; people say the most amazing things when they’re chatting with friends. No filters! I have to say that New Hampshire is inspiring, not just for the scenery, but for its characters. New Hampshire people are unapologetic about who they are, and if they have an opinion about something, they usually don’t hesitate to share it. I love that!

I’ve long harbored the fantasy of writing a thriller in which the killer is driven to kill people because of their bad grammar. Yes, I know this concept is completely bizarre and unlikely to come to fruition.

I actually did at one point want to be a surgeon, which would have been completely impractical since I’ve been known to faint at the sight of blood. (That would have made for some awkward surgery sessions.) Luckily, I love all aspects of writing. When I was a journalist, I enjoyed the adventure, the independence, and the ability to meet big personalities. I’ve had lunch with Lula, the former president of Brazil, tasted beers with Jim Koch, the creator of Sam Adams beer, and traded barbs with Larry Summers, former president of Harvard. Now, through my creative writing, I get to spend time with some amazing characters who triumph in life-threatening situations that would send me running for the hills.

I’d love to meet Gertrude Stein to find out what she really thought of Ernest Hemingway. As a mystery writer, I’d also love to meet Shakespeare so I could ask him to settle the question once and for all: did he really write those plays and sonnets, or were they actually created by someone else.

Living in Boston throws me together with a lot of very smart people, some who work in the literary field and who I really admire. Also, I’m close enough to the publishing center of New York so that I can head down there for lunch and be back in Boston for dinner.

“If you don’t have time to read, you don’t have the time (or the tools) to write. Simple as that.” That’s a quote from fellow New England author Stephen King, and I couldn’t put it any better. So make time for books! I’d also advise writers to get a kick out of the writing process itself rather than obsess about whether or how well a particular project sells. Most of our time as authors is spent immersed in the world we’ve created on our computers, so the story needs to be compelling for you, personally. And finally, I’d tell people to seek out input for their books, but to take it all with a grain of salt. I remember speaking with a writer who had penned a book about bullying in high school. In the desperate search for an agent, her book morphed into many things, including thriller, romance and picture book. She finally nailed it when she decided to stick with her original vision. Your first instinct is often the best.

When I was a journalist, I never came up with a single title for my articles. That was because the copy-editors had to decide the number of characters that fit into that spot in the newspaper, etc. That lack of experience spilled over to my creative writing. Every book I’ve published has had its original title changed, so I obviously stink at it. But I take comfort that many writers suffer the same malady. Stephanie Meyer originally named her TWILIGHT series FORKS,  which I assume was a pun on the forked instrument vampires are often depicted carrying.

I’m always working on something! Right now, I’m well into a political thriller. More to come!

Tagged: Those We Fear, Victoria Griffith