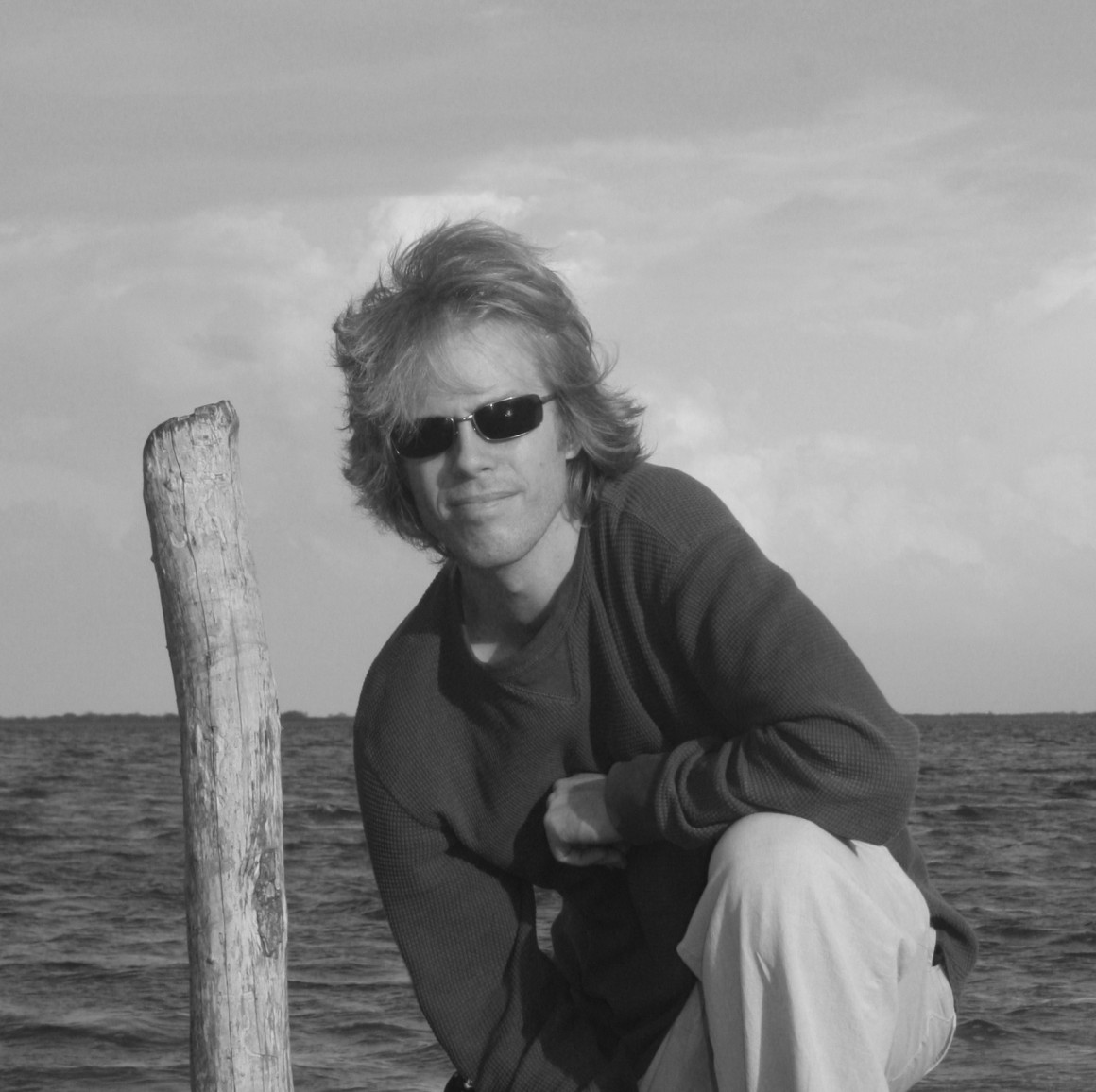 Raymond Avery Bartlett is a travel writer from Cape Cod who recently published his first novel.

I’m a Cape Cod-based travel writer who specializes in Mexico, Japan, Korea, and the United States.  I graduated from the Boston University fiction program (ahem, more than a decade ago!) and taught in the freshman writing department for several years before becoming a travel writer for Lonely Planet, Insight Guides, Moon Handbooks, and other newspapers and magazines.  My debut novel, Sunsets of Tulum, came out in October by Barrel Fire Press.

Growing up on the Cape, I always dreamed of going to exciting places and I guess that’s why I gravitated towards travel writing, why it’s a good fit for me.

I think more than any “spot,” few things are more inspirational than looking out at the ocean.  Going to the beach, any beach, watching the waves (I surf), seeing clouds gathering over the water before a storm rolls in…the beauty and the darkness.  The ocean features almost as a character in my debut novel Sunsets of Tulum, and I think it would be hard to live somewhere without proximity to the sea.  I challenge anyone to go to the ocean and not feel introspective. 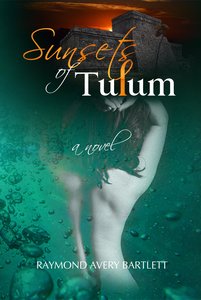 Not too many people would know from looking at me, but at age 17, in my first month of college, I had a severe head injury falling off a bicycle.  Wasn’t wearing a helmet (back then no-one did!) and if my injuries were an inch different I might have died.  My face was partially paralyzed, I lost a bunch of teeth, had to wait until my sophomore year before the bones were strong enough to put implants into.  It sounds horrific and yet in so many ways it was a great, formative experience and it taught me a lot about the kindnesses of strangers:  people who barely knew me brought me flowers and cards and stuffed animals, people helped get me to doctors’ appointments…and it helps on those times now when things aren’t going well to remember back and think, “Yeah, I might have been that kid who died at 17.”

Growing up I had three fields that interested me: art, acting, and writing.  I’d always been writing in my free time, sending stories out, getting rejections.  I kept a near-daily journal from about age 10 to 22.  So I really had writing as a part of my life early on.  But it hadn’t gone anywhere.  I opted to be an art major in college, but in my senior year a bad breakup made me think I should get a “practical” degree.  So I took an extra semester getting a Political Science and Economics degree.  And as it turned out, that final 5th semester of college was the one that I won first prize in the Ebey Novella contest, which back then carried a $700 cash award.  That same story, “Lilac and Me,” went on to win a couple other things and I “retired” from my work-study job, focused on writing, and that was the moment when I dropped the other interests and just knew I’d do what it takes to be a writer.  I’d gotten my “sign.”  If I’d gotten scouted for Hollywood, maybe I’d be there now.  I still think about art all the time, and if Sunsets of Tulum gets made into a movie I’d love to have a cameo appearance or be an extra or something.  But writing’s where I’m meant to be.  It’s nice when you can look back at your life and feel like you got there.

Great, great question.  Dead it would be Kurt Vonnegut, without a doubt.  He’s such a humanist, has such heart and feeling for the human condition and was one of those insightful, active, interesting people as well.  Living, it would be Haruki Murakami – love his work, would love to get the chance to chat with him about writing.  Both have been influences.

In my case that’s almost too obvious:  each novel I write is based (so far) on a place I’ve lived in or traveled extensively through for the travel guidebook gigs.  My plots are carefully crafted fiction, but the settings are all very real, detailed, “almost to the palm leaf” as I say for Sunsets of Tulum.  I want a reader to feel like they’ve packed a bag and gone there.  It’s also a “write what you know” thing, too: I’ll set a character in Boston or some other city I know well because it’s easier.  You don’t have to worry that you’ve had him driving up the wrong direction of a one-way street or something.  And then growing up on the Cape, a very “boring” place (not to slight it – it’s beautiful and I still live there!), that made me very open to exotic parts of the world.

Complicated question.  I think new writers often don’t write enough.  It’s not about feeling inspired.  It’s about conditioning yourself so that you get to a point where spending a few hours each day at the computer is your default.  That’s vital.  People usually focus on the “I’ve got a great idea!” part, but long after that “great idea” has become something you grit your teeth at, you still have to be sitting at the computer crafting it, shaping it, making sure it’s something people will want to read.  When that happens, it’s magical.  But getting there is not easy.  I also think people tend to invest too much of themselves, personally, in their writing.  If you’ve written a character that’s you in every way except you changed the “Ray” to “Jay” and people hate the book, you feel personally insulted and defensive and usually fail to realize that writing isn’t about you.  Writing is for the reader.  For an audience.  Otherwise it’s masturbatory.  Something you do for your own enjoyment, rather than for the world.  Great writers may work with themes that they feel are vitally important and with characters they deeply love, but they’re not calling an autobiography fiction and expecting it to sell.

Lastly, and maybe most importantly:  don’t talk about your ideas.  Not because of plagiarism.  Nobody’s going to “steal your idea.”  But talking about writing and actually writing are two very different processes and if you get validation from talking about your novel before it’s written, it gets more difficult to actually write it.  You’ve already had someone say “Oh, that’s a great idea!” so there’s less mental energy to write it.  Or someone says, “Um, I don’t know…” and their unenthusiastic response is enough to make you doubt yourself.  So if you’re writing something, do yourself a huge favor and just write it.  Force yourself to get to a complete rough draft and then show a few selected mentor-type folks who can help you with editing and recrafting if need be.

I often have a title very early on in the work, they just sort of appear.  A title should directly connect with the work, should be something that, like an ending line, the book is incomplete without.  I think Sunsets of Tulum was originally something like Sunsets in Paradise but that sounded too genre romance to me, too vague, too generic.  But I already know the title of my new novel, The Potter’s Daughter, even though much of it is still gestating.

Yes!  After Sunsets of Tulum, I’ll be coming out with a dark love story set in Japan, called The Potter’s Daughter.  I don’t want to say too much about it beyond that, but if you liked Sunsets of Tulum the new one will have more of the same.  Complex, introspective, plots that twist and turn, and of course, some “spicy scenes.”

If you haven’t gotten a copy of Sunsets of Tulum yet please get it directly from me:  1) I can sign it, and 2) if I sell a hardcover personally, I get about $14 of the $35 sale; however, if you pay that same $35 to some online-bookselling-megagiant, I see less than $2.  And it’s not signed!  So go to www.SunsetsOfTulum.com and click on the “Buy a copy” link if you’d like to order.  It’s not like I’ll be upset if someone orders from the big box stores, of course.  But if you care about supporting local writers, it makes a huge difference.

For more info about my travel books, my amazon.com author profile is a good spot:

And to see my travel writing, photos, read a bio, etc., go to www.Kaisora.com