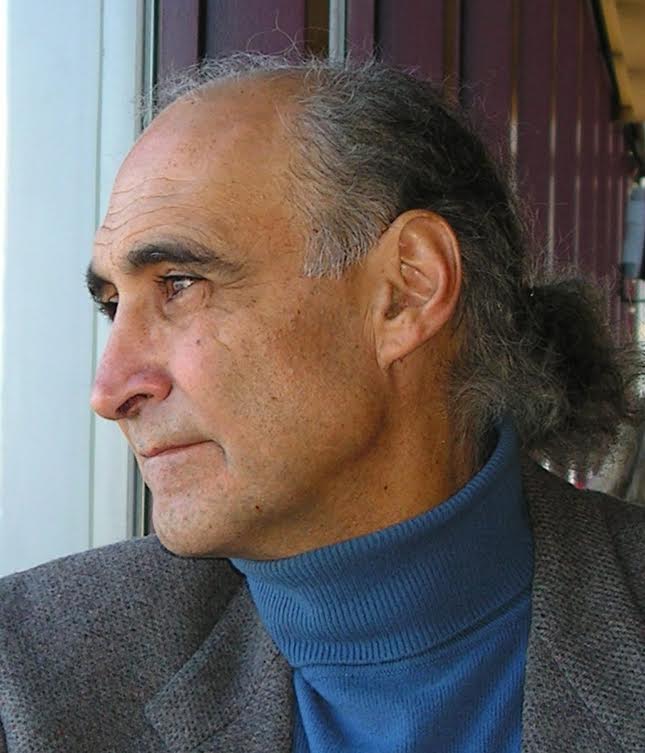 Kameel Nasr is a local Boston author of several nonfiction books. The Museum Heist is a crime thriller set in Boston and is his first novel.

I was born in Lebanon, grew up in San Francisco, and have lived in Boston for the past twenty years. I have an MA in literature from DePaul University in Chicago and came out with my first book twenty-five years ago. I am a supporter of science and the arts. I am an artist and musician. I’ve been a docent at the Museum of Science for the past fifteen years. I’m an opera buff. I enjoy reading books that take me to a different world and make me think. I also love dancing, especially swing and tango.

In 1980 I got on my bicycle in Chicago and rode to San Francisco. It was the first of many long-distance trips that took me to seventy countries, covering over 60,000 miles. I took two major trips in the 1980s, going through Europe, Central and South America, the Middle East, across Asia, and through a lot of Africa. I went alone, spending many, many months on the road, through dozens of poor countries, across countless mountains and deserts, through bad weather and villages without electricity or running water. I saw the world up close and in the raw. I try to take a trip every year, though not as adventurous as before. 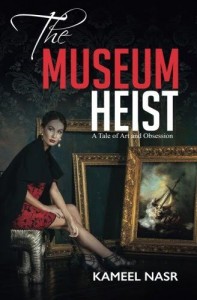 I was dyslexic as a kid, so writing did not come easily. But I loved grappling with ideas. I started by reading a dictionary cover to cover. It’s not something you can make into a film! I discovered that writing is a process of discovery. When I sit down to write, unfocused ideas begin to develop. For example, I am working on a book about the development of Christianity in the fourth century. The book required a lot of research—I’m talking years—but as I started putting it together, as I wrote and rewrote, the idea of what I wanted to say became clear. I discovered that Christianity was taken over by a bunch of fanatics during and after the time of Constantine the Great. They were no better than the Taliban, destroying previous learning, subjugating women, and repressing the dynamic growth alive in the Greek-Roman world. I came to this idea by being open and allowing the writing take me where I thought it would not. That is, I did not know that is what I wanted to say until I homed in on it by putting sentences on paper. Writing has become a process of awakening. It’s frustrating when the ideas don’t flow, but it is also meditative.

I’m going to choose Jimmy Carter because he is such a great humanitarian who has a sense of right and justice and has made the world a better place. His books, twenty-nine, are not great works of literature, but they are written with heart. I so wish that other former leaders would be as generous as Carter. He has inspired me to philanthropy.

Here I must cheat, because twenty-five years ago I bought a rustic piece of land in Italy for $17,000 and have developed it and made it my paradise. It is the optimum place to write. The place is on a dirt road and has a sense of peace. I can sit and write, and when I feel restless, I run out and take out my frustration by digging in the garden, or I bring out my telescope and get a sense of our place in the universe. Boston is the most wonderful place for research, second to none, and my mystery series is based in Boston. I’m not sure it’s possible to count the number of libraries in the area, many absolutely beautiful places to work. I love using them.

There are so many books out there to help authors. Many have helped me. If I can add anything it would be use the internet. My first four books were published by traditional publishers. But the world is changing, from Uber to Youtube and now to publishing. For me it made sense to create an imprint and publish under that instead of someone else’s. This year I formed the Curiosity Foundation, a charity to promote tolerance and sustainability, and my imprint, Curiosity Books, will channel all the profits to that foundation. Thus my books have the added benefit of making a humanitarian contribution. We have launched the Ambassador of Peace program which will award grants to Americans to travel to poor countries by bike and perform helpful activities. We hope to start our first projects next year.

The Museum Heist came by itself while talking to a friend. I had first named it The Samos Vase, because a vase from the Greek island of Samos is central to the story. My friend said, “but that title has no meaning to anyone who hasn’t read the book,” and we came up with The Museum Heist on the spot.

The Museum Heist is the first in a Boston-based cozy mystery series that takes place in the art and science subculture, richly represented in New England. All will be heists. The next book will be The Symphony Heist which takes about classical music. There is also a third in that series, but it is still in the early stages. I also talked about the book about the development of Christianity which will come out in the fall of 2016. I’m very excited about that. Although I read murder mysteries, my books have no murder or guns or violence. I went out with a woman once whose father had been murdered, and I saw the trauma it caused the family, so I am reluctant to write about a murder, although I do read murder mysteries.

The best way is kameelnasr.com or themusuemheist.com. There is information about the Ambassador of Peace program there as well. You can also reach me on facebook or twitter. My books are available on Amazon at the following link