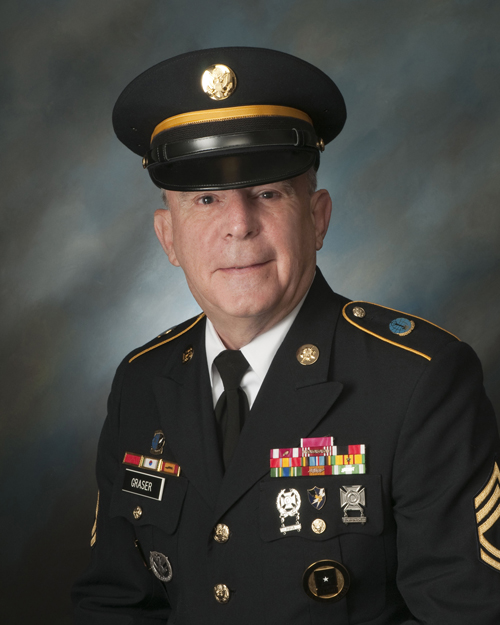 I have resided in Londonderry, New Hampshire for forty years. I am involved in veteran’s issues, enjoy horseback riding and spending time with my wife Flo, family and Kyle, my 11-year old grandson.

Tell us about your profession and how it led to your latest work.

I was recruited by the US Army Security Agency in 1965. My assignments included Korea, Vietnam, Thailand, Germany, West Berlin, and the US Army Security Agency’s headquarters at Arlington Hall Station, Arlington, Virginia. I earned the Army of Occupation Medal and was awarded the Legion of Merit Medal for my service in West Berlin. Upon my retirement from the army, I continued to serve my country as the senior volunteer/family readiness group leader (2007-12) with the First Battalion, 304th Regiment, Fourth Brigade, Ninety-Eight Division (Training), US Army Reserve, Londonderry, New Hampshire. I was twice awarded the Patriotic Civilian Service Award for organizing mobilization events and unit recruitment efforts during this period. I interfaced with the NH Army National Guard and other US Army Reserve units seeking soldiers interested in becoming “Drill Instructors (DI)”

I continue to volunteer on a regular basis at many different Veteran groups within my community and state. Recently I volunteered to be a member of the Manchester VA Medical Center Committee dealing with veterans issues. Also, I volunteer as a voter check-in-clerk and will do so again this year for the 2016 presidential election.

On May 30th, 2010, I was recognized by the State of New Hampshire, House of Representatives with a declaration for my continuous volunteer service with the U.S. Army Reserve Center, Londonderry, NH and service to my community. The declaration was signed by Terie Norelli, Speaker of the House.

I have experienced the sacrifices and commitments that come with being in the military. Because of my past assignments – and the hundreds of men I met along the way, I decided to write a book focused on the personal accounts of former veterans. These veterans served during World War II, the Cold War, Korean War, Cuban Missile Crisis, Vietnam War, the Korean DMZ Conflict also known as the Quiet War, and Operations Desert Storm and Enduring Freedom (Afghanistan).

Veterans’ Reflections: History Preserved is the product of a nearly eight-year effort, beginning in 2007. I drew on my past experiences and assignments throughout the world as the foundation for the book. 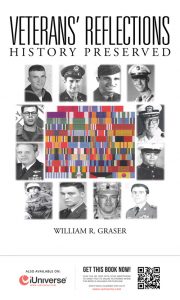 I wrote Veterans’ Reflections to preserve a part of American military history through a collection of true firsthand accounts and personal stories. Veterans’ Reflections focuses on military service as seen through the eyes of 60 veterans set against historical context that encompasses a period that spans more than 75 years. These veterans served during all of our major conflicts from 1941 to 2004.

Several veterans stated that it was their first time anyone had taken the time to thank them for their service. Their appreciation for my thoughtfulness gave me the inspiration to record their accounts and write Veterans’ Reflections.

Writing Veterans’ Reflections was difficult at times, especially when I was listening to firsthand accounts of combat. Once a Korean War combat veteran called me at home three weeks after his story was completed. He said, “When reading my own story, those days in Korea rushed back like it was yesterday.” I listened as he wrestled with his emotions. Months later, he told me how much he appreciated his story being recorded for future generations, especially his grandchildren.

I asked each of the veterans whom I interviewed to provide a copy of his DD214 form—that is, his certificate of release or discharge from active duty. The DD214 is the official document which shows service branch, service dates, rank, awards, and decorations. Using this document, I obtained missing medals, badges, and service ribbons earned by these veterans.

Ultimately, I hope the stories in Veterans’ Reflections promote a further understanding and appreciation of veterans and their sacrifices.

Yes, the former World War II US Army Costal Artillery Battery 204, Odiorne Point, Rye, New Hampshire. In 1942, during World War II, the site was purchased by the United States government for the construction of Fort Dearborn as part of an across-the-board modernization of US coast defenses. This site along with others protected the US Navy’s Portsmouth Navy Yard in Kittery, Maine. This site was vital because scores of submarines were built and serviced at the yard.

When I visit this park history seems to come alive. It is easy to visualize what happen during World War II when sitting in the shadow of the large concrete bunker which was the control center of the big 16 inch guns pointing out to sea. I met many veterans here and I would sit and listen to their stories.

Today, Odiorne Point State Park picnickers can enjoy sweeping views of the ocean and rocky shore, and explorers can uncover evidence of past military occupation.

Post-Traumatic Stress Disorder (PTSD); military personnel suffer a greater number of tragic or life threatening events that cause reactions such as flash backs, upsetting memories of the event, increased jumpiness, or trouble sleeping. I found a solution to help me 20 years ago and that is horseback riding. Initially, I did not recognize horseback riding as a form of therapy for PTSD. I soon learned that my personal well-being was directly affected.

I have found that interaction with “Tommy,” a quarter horse, helps me feel more relaxed. When connecting with Tommy, he is all I focus on and my problems seem to go away.

Over the years I have found riding to be relaxing and if not riding, just grooming him changes my focus. Each time I return home, my wife notices that I am calmer and even humorous at times.

Stephen Ambrose, Band of Brothers, follows a company of the 101st Airborne from D-Day to the end of World War II. True accounts and realistic portrayal of men in combat. I cannot hold a candle to Steven Ambrose, but I can relate to his method of collecting true stories to write a book that reflects the viewpoint of veterans. Veterans’ Reflections: History Preserved follows the true firsthand accounts of veterans who served over a period of more than 75 years in times of war and peace. Their accounts are set against historical context beginning with World War II to the Afghanistan campaign. [A visit to a reunion of Easy Company veterans in 1988 prompted Ambrose to collect their stories, turning them into Band of Brothers, E Company, 506th Regiment, 101st Airborne: From Normandy to Hitler’s Eagle’s Nest. (1992).]

With one exception, all of the veterans whose stories appear in Veterans’ Reflections are New Hampshire residents. Todd Joyce provided the firsthand account of his father, First Lieutenant Richard O. Joyce who participated in the April 18, 1942, “Doolittle Raid” on Tokyo, Japan at the beginning of World War II.

Keep rewriting until its perfect and employ an editor, any editor. Everyone makes typos and grammatical errors. I am no exception; it’s not a lack of skill or knowledge that’s to blame, just a tunnel vision that means glaring mistakes slip by. Always carry a note-book and keep a pencil near your favorite seat. You never know when a new line or a great idea will present itself.

Commit it to paper immediately, or it will be lost forever. Be passionate about your subject and it will show, and that is a good thing.

Yes, Upcoming book 2017/18, Veterans’ Reflections: The Global War on Terror. The military campaigns against Iraq in 1991, al-Qaeda in Afghanistan, and the Islamic State (often still known by its old name Isis) along with al-Qaeda in Syria and Iraq.