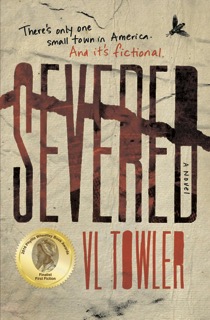 VL Towler is a local author from Dover with an award-winning mystery debut.

I live in Dover, NH. I am an attorney who for the past 15 years has focused on being a caregiver for my mother, doing legal consulting, and writing my first novel. I lived in D.C. and in England (1 yr.), prior to  coming here.

Not particularly. I live in my mind.  I have lived a very interesting life that will give me at least 3 novels. My reminiscences become my novel plots.

I speak five languages conversationally (Spanish, Cebuano, Cambodian, French, English) and pretend to know Italian and Portuguese. I’m learning German (very poorly) and Arabic (I can almost read the alphabet). I worked in Indochinese refugee camps in the Philippines during the 1980s. My language skills pose a challenge to me as a writer because some of my English is a translation of what I’m thinking in another language. 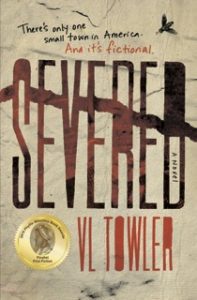 I needed to publish my own work rather than give it to others to steal, which has happened over 35 times (film, television, and 1 Broadway play, and even the novel I’ve written). Even after winning a Fellowship with the Screenwriter’s Guild, East Foundation, I wasn’t good enough to represent, but was good enough to steal from. I’m so proud of my work and recently received a Finalist in First Fiction nod at the Harlem Book Fair, juried by NY librarians. Although I wasn’t the winner, just being feted by librarians is one of my biggest accomplishments as a writer.

Wow. Maybe Daphne Du Maurier … I just remember consuming her mystery novels while  growing up. I also like Iain Pears, author of An Instance of the Fingerpost. I like British writers as they have such a flair for the language they invented.

New England is writing. And I love the tall trees outside my second story office window.

Just because you wrote it doesn’t mean it’s finished. Get a good editor. And self-publish. Join the Independent Publishers of New England (www.ipne.org) They will embrace your publishing endeavor with open arms. They have a conference on October 21, and 22nd at the Portsmouth Sheraton this year.

My mother thought of it. I couldn’t do it. I had three different titles. I did come up  with my sequel title, however.

This one took 15 years. I hope I can do the sequel in three. I’m slowly doing my research for it. Alas, making a living takes precedence over everything else.