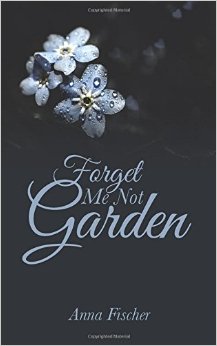 Forget Me Not Garden is a story about sacrifice for those you love.  A boy named Edward loves his long-time girlfriend Emily.  At a carnival, a bizarre man comes up to Edward and asks him if he wants to play a game of cards.  The man proposes that if Edward is to win against him, he will get $500. However, if the man wins, he will have to give something in return.  Edward agrees without knowing what the man wanted. Edward ends up losing to the man.  The man turns out to be one of the seven deadly sins, Envy. The man wanted Emily from Edward.  The story explains the journey that Edward undergoes to get back Emily, a journey filled with sacrifices in the name of love.

This book was very different from anything I have ever read.  The book taught lessons including: abstaining from being greedy, holding your word, and not giving up on something that you love.  The book had a great story line once you were able to decipher it.

Forget Me Not Garden touches upon overcoming sins and working on keeping your promises to people.  The book is using characters to portray the sins that a common person faces.  It is very interesting to see how author, Anna Fischer, creates them to be people and uses them as characters who interact with Emily and Edward.  The whole creation is magical and mystical in a very scary way.  It makes you question what Envy’s next move will be as well as how Edward will react.

Anna did a great job of surprising the reader page after page.

This book was odd but interesting!