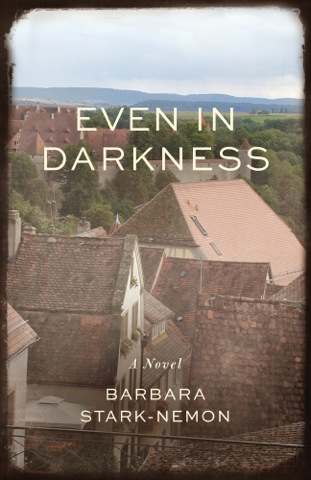 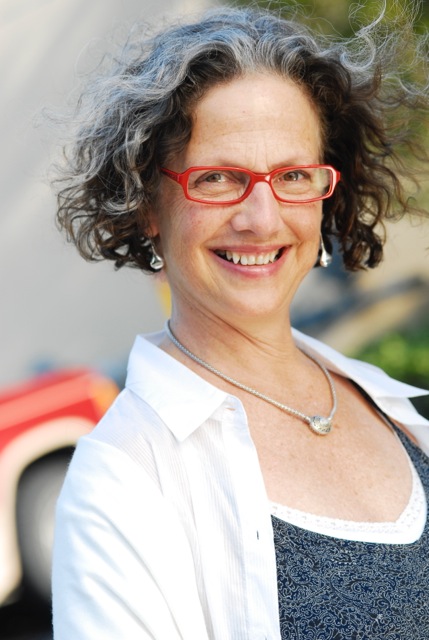 Even in Darkness
by Barbara Stark-Nemon
April, 2015
She Writes Press
Paperback, 317 pp

“Spanning one century and three continents, Even in Darkness tells the story of Kläre Kohler, whose early years as beloved daughter of a prosperous German-Jewish family hardly anticipate the often harrowing life she faces as an adult—a long saga of family, lovers, two world wars, concentration camps, and sacrifice. As the world changes around her, Kläre is forced to make a number of seemingly impossible choices in order to protect the people she loves—and to save herself.

Based on a true story, Even in Darkness highlights the intimate experience of Kläre’s reinvention as she faces the destruction of life as she knew it, and traces her path beyond survival to wisdom, meaning, and—most unexpectedly—love.”

Buy it now on Amazon!

A Q&A with Barbara Stark-Nemon, author of Even in Darkness

Even in Darkness is based on the life of my great aunt, who alone among her siblings did not escape Germany during the Holocaust. Her story of survival—the courage and strength she had to remake herself and her life in the face of unspeakable loss—has been an inspiration to me throughout my adult life. Hers is a beautiful story and having come to know it in depth I wanted to share it and create a legacy for her.

Yes and no. I’ve known since one of the visits I made to my great aunt in Germany many years ago, that I wanted to write her story, so I started interviewing her (she was already over 90 years old) and the priest, who is the other main character in this story. I also interviewed my parents and grandparents. I already knew a lot about my grandfather and great aunt’s family from Sunday nights around the dinner table. Then my aunt died, and the priest sent me all her personal papers, including over 50 letters that her son had written to her during and after the war from Palestine, where he had been sent at the age of 12. Those letters deepened and changed what I understood about all their lives in a way I couldn’t have predicted.

My favorite story is one that’s actually in Even in Darkness and describes how, when all hope appeared to be lost for getting a visa to leave Germany, my grandfather chose to try one last time at the bidding of my 12-year-old mother who pestered him that she wanted to go to the U.S. to join her best friend who had already emigrated. My grandfather didn’t want to frighten my mother by telling her that he’d tried repeatedly to see the American consul and been denied an appointment. My mother begged him to go that day; it was her birthday. When he said he might not be able to get in, she told him to tell the diplomat it was his daughter’s birthday. My grandfather stayed all day in line at the consulate, and as he was about to be turned away yet again, he pleaded that it was his daughter’s birthday and he just felt it was a lucky day. The official let him in, and an hour later he had the necessary visa. That was in May of 1938, and they were finally able to leave in October, just a few weeks before Kristallnacht.

I traveled to Germany, Belgium, the Czech Republic, and to Israel to trace all the histories and see all the places I learned about in my grandfather’s stories and later, in the trove of personal papers my great aunt left to me. I was able to interview even more people related to this story, walk the streets, photograph the homes, take trains over the same routes to the concentration camp, look out over the hills surrounding the kibbutz where all my characters lived out their lives.  In archives and museums I learned details of births, deaths, marriages, businesses, deportations, displacements, escapes and emigrations. All this knowledge fed my imagination for the parts of the story I didn’t and couldn’t know.

This was one of the most thrilling and challenging aspects of writing Even in Darkness. To translate these sixty-five-year-old letters and hear the voice of my mother’s cousin as a 19-year-old pioneer in Palestine with his description of his escape from Germany and the early years of his life half a world away was both fascinating and did more than anything else to make that time and his character live for me. The exhaustion, desperation and heartache of his parents, having just survived years of persecution under the Nazis, and then three years in a concentration camp and displaced person camp, can be heard in his youthful assurances that one day it would be safe for his mother to visit, brushing off the dangers he faced, and his exuberance for all that he was training to accomplish on the kibbutz he and other young pioneers were starting.

The biggest challenge was to capture the voice, the history and the language of the letters and still work within the story structure of the novel. It was the most poignant and concrete example of the constant balance I had to maintain as I was writing Even in Darkness between what really happened to the people on whom the book is based, and what worked for purposes of writing a good novel.

There were some surprises. Through interviews with cousins in Europe I learned a different perspective about other members of my grandfather’s family, whom I knew only though his stories. I learned about my mother’s cousins who were hidden in a convent by nuns. I learned about the personal decisions about faith and influence in the Catholic Church at that time that had enormous impact on my family. I learned that another great aunt was a beautiful singer and evaded arrest by singing for a German officer. And I learned that what people had to do to maintain their safety and their sanity during the dangerous years of the 1930s in Germany resulted in boundary crossing behaviors that were both courageous and painful.

As I’ve said elsewhere, Even in Darkness is not just my first novel. It is a story of my heart and the finest tribute I can craft to two remarkable people and to other Holocaust survivors everywhere. To separate my personal attachment to the real people and events behind the book enough to insure a tight, compelling novel was a really interesting challenge for me as a writer. I also felt very sensitive to and responsible for the privacy and the legacy of other family members.  Finally, this is not your typical Holocaust survival story, and the very things that make it unusual might be painful to people who would have a hard time with some of the decisions my characters made.

I got to ask my great aunt the hard questions about what it was like to watch her whole family leave, and then have to send her children out of the country. I got to hear her nieces tell me how hard their mother begged my aunt to leave, and I got to feel the agony of her decision not to leave without her husband who was ill and had refused to believe the Nazi menace was serious until it was too late, and her mother who was too old to get a visa and refused to go as well. As a mother of three sons, right around the ages of the children Klare sent out, I read the letters she received from her sons and ached for what it meant, for what she lost. I grew to understand that she had to take charge of their lives and save them as best she could; a role that her traditional upbringing couldn’t have prepared her to take on.

The simple answer is, there were too many missing pieces in the story. I didn’t know all the facts, but felt I understood from the point of view of the characters. It was a way to use all the compelling reality of the family story with the immediacy that fiction allows us to maintain. In the first year that I worked on the book, I participated in a wonderful workshop with the author Elizabeth Kostova. I had recently come back from a research/interview trip to Germany with much new information. We worked the story out both ways: as a memoir and as a novel. In the end, I realized I wanted to write a novel, this novel.

I thought I could work full time, finish raising three boys, do volunteer work and write a novel. I had no idea how much I would love the research and the writing, and how much I wanted to devote ALL my time to it!

Do as much as you can; use your network to help you, invest in it. The work you do to inform yourself will exponentially inform your story.

Bernhardt Steinmann, the publisher that courts Klare in Even in Darkness!

My apologies to the author and PR by the Book for my delay in posting this wonderful new title. 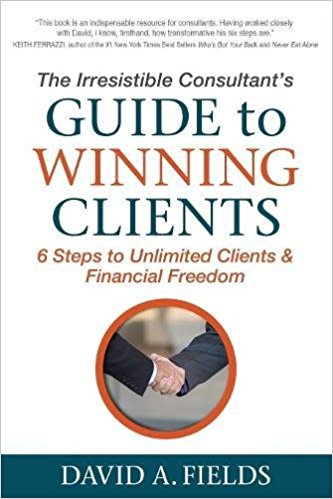 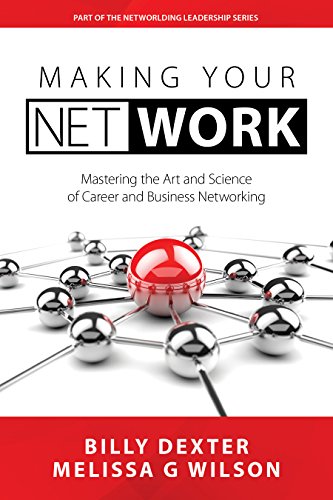 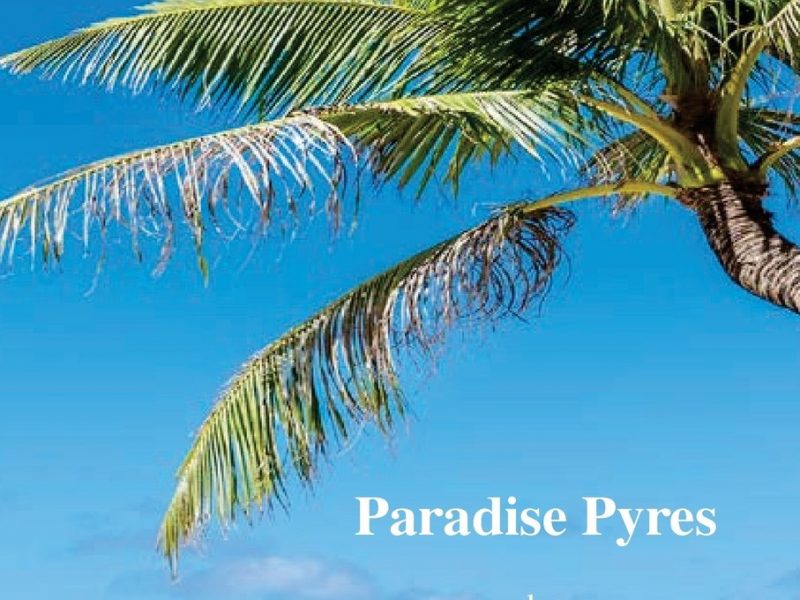